The psychedelic lights that move along with the changing rhythm of the movement, the music and wine that provokes you to drink, the hot and unrestrained graceful dance, and the ultimate combination of many elements evoke people’s high emotions.

The intimate interaction between people is carried out recklessly in various sensory stimuli, and the friction between the shuttle and dance arouses people’s desire to play and indulge. The stage is not only a place for emotional diffusion, but also the soul of bar management.

The stage design service of the bar should start from the perspective of practicality, artistry and science. The content of the service includes the bar stage space design, the stage appearance design and the stage advanced customization service. Here we can elaborate on 3 points.

In first-tier cities with relatively low pressure on human resource costs, we tend to choose large-scale lift stages or T-shaped stage designs with greater atmospheric influence, and use Dancers’ hot songs and dances to drive the bar atmosphere.

In second- and third-tier cities with relatively obvious human resource shortcomings, it is more sensible to set up a small lift stage or DJ booth, because even if the investment is reduced, the interactive effect can still be guaranteed.

According to a number of bar LED display cases we have done in the past, in practical applications, we will also provide customers with customized size design and stage appearance design according to the physical volume of the bar space and the overall decoration style.

Walking in the forefront of the times, we continue to incorporate controllable information-based mechanical design into the bar stage design, use programmed LED equipment to create a 3D visual space, and create different light and shadows and patterns, making consumers feel as if they are in The sky in space, feel the interlacing of time and space. Or use the modern display on the wall to match the sound effects and phantom patterns of the night show to show the trend, making the stage a place for people to relax their souls.

Show the beauty of rhythm

In the design, we boldly change the lines and graphics, and cooperate with the lighting to create a complex and beautiful dazzling effect, which makes the bar stage full of fashionable and blurred visual charm, and makes consumers jump with the rhythm of music.

In the process of designing stage displays, we often encounter a relatively common problem that needs to be solved, that is, the power lines of LEDs. This kind of texture often affects the viewing effect of the LED display, so we need to adjust it.

How to Eliminate the Effect of LED Power Supply Ripple
There are many ways to suppress and remove harmonics and ripples in LED power supply, but it seems very difficult to completely eliminate them. Only by controlling them within an allowable range without affecting the environment and equipment, even if it reaches our standard Purpose.

At the same time, when the LED driving power supply is working, the voltage Vin at the input terminal does not change, but the current changes with the switch. At this time, the input power supply will not provide current very well. Usually, it is close to the current input terminal (in the case of BucK type, it is near SWITcH), and the capacitor is connected in parallel to provide current.

Two-stage filtering is to add a first-stage LC filter
The LC filter has an obvious inhibitory effect on noise and ripple. According to the frequency of the ripple to be removed, an appropriate inductor and capacitor are selected to form a filter circuit, which can generally reduce the ripple well. However, in this case, the sampling point of the feedback comparison voltage needs to be considered.

The above is the role of the stage installation bar LED display, and the introduction of the solution to the LED power lines. For more knowledge about LED display, please click the blog link above. 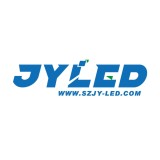